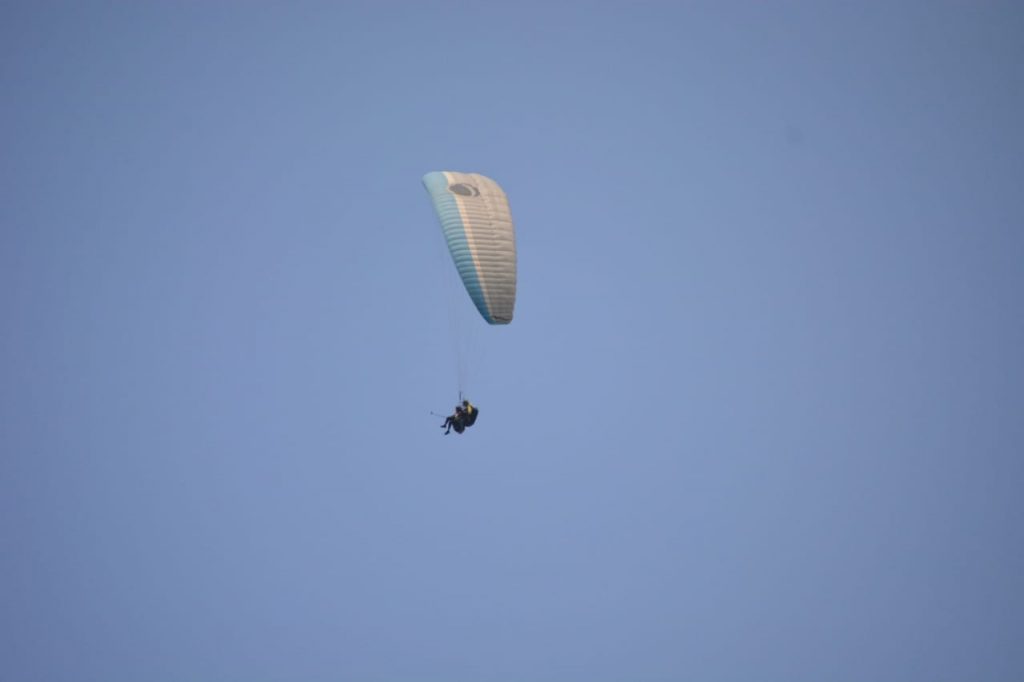 Paragliding is a world-popular adventure sport. Thousands of people every year come to Bir-Billing for enjoying this thrilling paragliding sport. Bir-Billing gives you an experience of Flying at a height of “8000″meters above the sky. While paragliding you’ll witness some of the best panoramic views of “Bir” valley.

Price of Paragliding in Bir-Billing:

You can make your trip more fun by enjoying camping and River Rafting in Manali.

About Paragliding in Bir Billing

Expand/Close
Is paragliding in Bir-billing safe?

Paragliding in Bir Billing has the best takeoff and landing sites. It has suitable air currents and an ideal cloud base which are the common factors for a perfect paragliding experience. The landing sites are equipped with all safety standards. We have trusted vendors certified by Himachal Pradesh Tourism. Our pilots and instructors have undergone rigorous training for paragliding and hold at least 6 years of flying experience. They have all the control during the flight and can abort it if required. The experts will ensure all the safety before the flight.

How much does paragliding cost in Bir-billing?

The cost of paragliding in Bir Billing is Rs. 2000 per person. The price remains the same for all age groups. This will include flying time for 15 to 20 minutes and Rs 3000 for 20-30 min fly. This includes safety gears and helmet, professional pilot, and transport charges from our office in Bir to the paragliding site at Billing. However, the videography charges are excluded i.e Rs 500.

What are the age and weight limitations for paragliding in Bir?

There is no age restriction for paragliding, but the suitable age should be 15 years or above. About the weight, the minimum weight should be 30kg and the maximum weight have to be 90kg.

What are the timings for paragliding in Bir Billing?

You can experience this thrilling activity from 9 am to 5 pm every day.

How to reach the paragliding site?

The paragliding site is located in Bir, Chaughan. The area is well connected with local transport. One can easily catch a bus or hire a shared taxi to reach Bir valley.

What is the best season to enjoy paragliding in Bir billing?

September to June is considered the best month for paragliding in Bir Billing. As the weather during this period is pleasant and air currents are suitable for paragliding. The sport is closed on monsoon during July and August.

Is videography also included with paragliding?

Yes, videography is included with paragliding. You can avail the video recordings of your flight from the activity organisers by paying an additional charge of Rs 500.

What should I wear during paragliding?

A comfortable and warm long sleeves slacks, fitted trousers and sunglasses will protect you from the cold up there and sun. Wear a good pair of grippy trainer shoes to provide friction on the surface for a smooth landing experience.

How do I book paragliding in Bir-Billing online?

You can easily book paragliding in Bir Billing through the INDIA THRILLS website by selecting your preferable dates and make the payment. Receive an instant confirmation voucher after successful booking for your amazing experience. Or you can contact in Phone : (+91) 8077146567, 9897770643 and Email: info@indiathrills.com

At what height, I will be flying during paragliding?

Paragliding at Bir Billing will give you an experience of flying at a height of 8000 ft above sea level. Bir Billing is the second-highest paragliding in the world.

Can I carry my go pro for video recording during paragliding?

No, you cannot carry your camera or Go Pro for video recording during paragliding. The pilot will record the whole journey and you can avail the recordings at an additional cost from the organisers.

We have integrated with the PayPal payment gateway to make secure payments.

We’ll refund double the difference. If you find this activity at a lower price on any website. T&C*.